As you can surmise from its name, this fish likes to jump and skip over the surface of the ocean. This variety is usually canned and is known as chunk light tuna. It generally has the strongest flavour and highest fat content and is also the smallest variety, seldom growing larger than 25 pounds.

It is known as arctic bonito and aku—dried bonito is known as katsuobushi and is used in Japanese cuisine.

This is the variety with the lightest flesh and mildest flavor. It is usually canned as white tuna and sold at a higher price than light chunk tuna.

This is generally the variety of choice for fresh tuna connoisseurs. It has a bit more fat—thus more flavor—than the other varieties. When the bluefin is mature, the flesh is dark red, with an appearance similar to raw beef. This variety is the largest, with the biggest fish recorded as to have grown to about 1,600 pounds.

Most of the bluefin harvest is exported to Japan and sold at a premium price for sashimi.

Also known as ahi tuna, yellowfin is less expensive than bluefin, but is nearly as good. Yellowfin is also more common and easy to find in the grocery store or fish market. It is pale pink, with flavor a bit stronger than albacore. It is also often canned.

These are all our sizes and types available:

Everybody knows about the tried-and-true tuna salad, tuna melts, and tuna casserole. But there are so many other ways to cook tuna, including salad Nicoise (a composed salad of tuna, olives, green beans, potatoes, and hard-boiled eggs with a delicious anchovy dressing), seared ahi tuna steaks, and spicy tuna sushi burgers. If using raw tuna steaks, it is important that you don’t overcook—the fish tastes best when rare in the center (but of course, cook to your liking). If looking to make something out of the ordinary with canned tuna, consider deviled eggs with tuna, tuna risotto, or stuffed peppers with tuna. 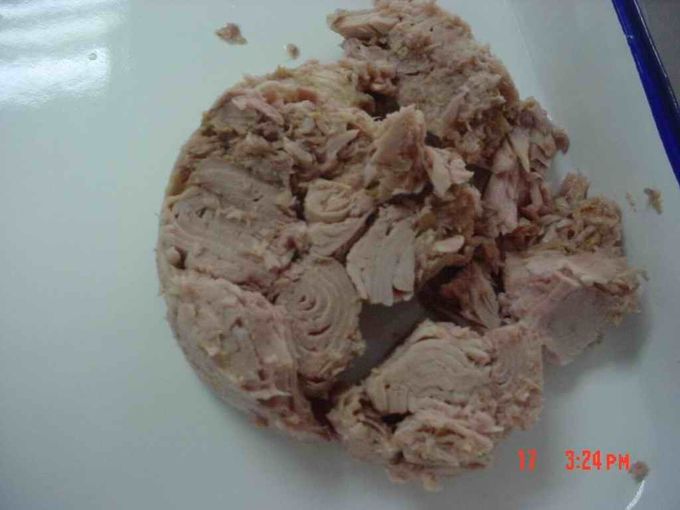 Flavor: in brine, in oil